Paypal Joins Netflix in the unreasonable fight against VPN Users 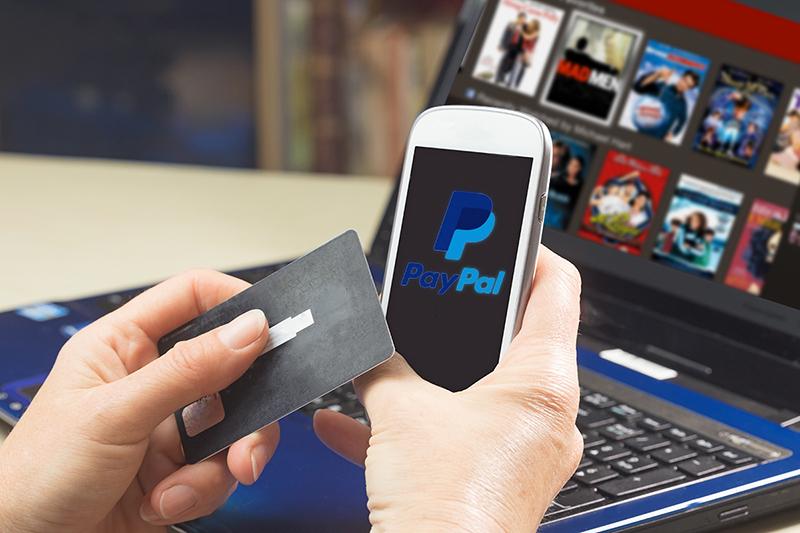 In January, Netflix struck the first blow of what could be a serious war on VPN users using their services. The online streaming leader announced that it was suddenly going to start enforcing its existing policy against VPN users accessing Netflix content.

You can read my article about it here - Link to blog

At first the VPN ban was considered to be a token threat designed to placate Netflix’s new business partners in 130 countries, since the act of banning VPNS is very difficult and the news was announced right after Netflix had gained all those new territories.

The argument Netflix made was that there are different copyright agreements in each country and anyone using a VPN could be manipulating their location in order to gain access to content they shouldn’t be able to access.

The problem here is that studios license their content to distributors by country, meaning that just because one distributer has the rights to say “ How I met your Mother” in the United States it may not have the rights for the show in Japan. So unless Netflix can also strike a deal with the owner of “How I met Your Mother” ‘s rights in Japan the content will not be accessible even though Netflix has a deal for it in the US.

This can be a difficult idea for Netflix subscribers to comprehend especially when they are traveling or if you are in the middle of watching a show and all of a sudden lose access to it.

It was this continuous arms race between VPN service providers and Netflix that was why the original ban on VPNs had never been enforced. Many VPN users and Internet security specialists assumed that this would be the status quo even after the recent announcement.

Then on around January 22nd 2016, Australian VPN service Uflix reported that it had users banned from Netflix.

In the escalating war between VPN users and Netflix this was the shot heard round the world.

To read more about this banning see my article here - Link

Most VPN users and services had assumed that it would be a few weeks before Netflix began to institute any bans, because Netflix had told us it would take a few weeks to start banning VPN users.

It was only a week after the January 15th announcement that bans begun but again the VPN service providers were calm as the way Netflix banned IP addresses suggested it was simply using the IP addresses that were known to be linked to various VPN services and missing even the most basic types of encryption.

The situation escalated further February 8th when Paypal announced that it was joining Netflix in cutting off sites that actively promise they will get around Netflix’s VPN ban.

The worst part is, it’s not even an effective punishment as all it does is encourage these VPN providers to ask their customers to switch to credit cards, as Unotelly did right after they were banned. The only winner in this situation are the credit card companies who reap fees from both sides of this conflict.

In an analogy lifted from the great HBO television show “The Wire,” I’ll suggest that what Netflix and VPN users need is the equivalent to a paper bag used to cover up a beer when drinking on the street.

The same way that a patrolling officer doesn’t want people openly drinking on the street but doesn’t have time to arrest every single guy with a beer, Netflix has to assure it’s customers, especially the 130 brand new countries they just signed that their copyright agreements are being upheld. Netflix doesn’t want to look like it just allows anyone to access any of their content if they know enough to log onto a VPN and set a different country.

But just like the police officer knows he can’t arrest every single person drinking in the street, Netflix also has to know it’s fighting a losing battle. People will find a way around their copyright laws one way or another as people have been doing on the Internet as far back as Napster. Netflix also needs understand the reality of how difficult it will actually be to ban VPN users from accessing their content especially if they have legal accounts.

So the solution is the paper bag, it allows the drunks to keep drinking and the police to turn a blond eye to it. The paper bag, is for Netflix to crack down on any VPN services that actively advertise themselves as a way to get around Netflix’s content policies. They can’t let people turn this VPN issue into a way to make money or attract customers because it’s embarrassing and brings up issues that they don’t have a solution to. Instead Netflix needs to appear as though it’s doing everything it possibly can to crackdown on copyright infringement while making the VPN services move to different IP addresses. Once they’ve done that, they can go back to ignoring all the VPN services like Securevpn.com ,which operate legally within intended use.

If you are worried about Netflix banning VPN use altogether, relax. Not only would it be nearly impossible but all quality VPN services like http://www.securevpn.com have plans in place to get your service restored in the unlikely case you are banned.

What will happen next, is Netflix will continue to posture about cracking down on VPN use while collecting the low hanging fruit of VPN service advertising that they can get around Netflix and those with known IP addresses. After Netflix has shown it’s new partner countries that it has taken care of the problem and the bad PR dies down, we won’t hear anymore about the IP ban.