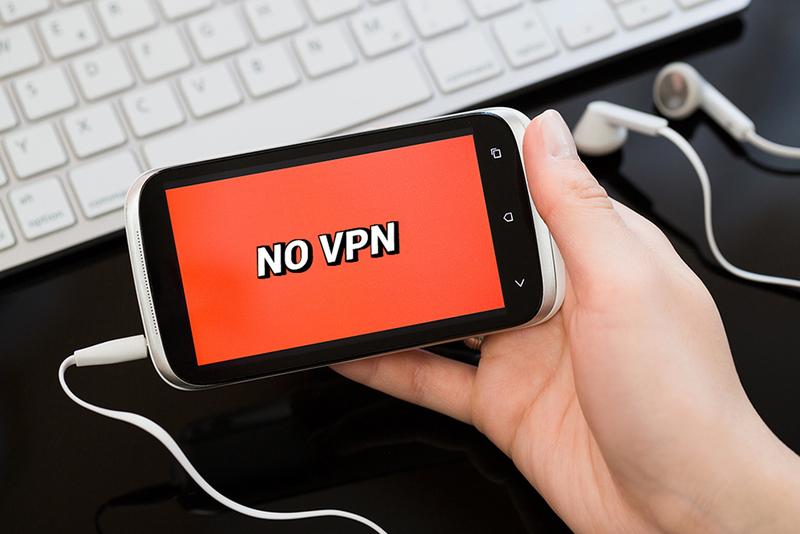 In early January 2016, Netflix announced that it would be cracking down on users accessing the service via a virtual private network or VPN. Many users around the world use their Netflix to enjoy their home country’s catalog while on vacation, while others use a VPN to access content they would not be able to get access to otherwise through perfectly legal means.

The announcement to ban VPN and proxy users was made on Netflix’s VP of Content Delivery Architecture David Fullagar’s blog. The blog was posted around the same time as the announcement that Netflix had expanded to 190 countries. There have been questions as to why it was posted on Fullagar’s blog rather than being announced by a spokesperson or executive. Many believed if the company was actually going to try to ban VPNS rather than just say they were going to they would have used a higher up.

This announcement originally spiked fear through the VPN user community that Netflix would be taking away one of the unique benefits of their service. Being able to use Netflix while you’re abroad is a huge upgrade on having to watch foreign tv or pay to buy shows on Itunes or Amazon. In fact for some digital nomads Netflix is their only access to television content in their own language.

The VPN companies led by TOR responded quickly and calmed the fears users had. The VPN companies explained that they did not expect any interruption in service, but were already prepared if there was one. If you are already a subscriber of a VPN service like securevpn and you have any questions about your Netflix service being interrupted be sure to ask them, chances are they have a plan already prepared.

In addition to the previous lack of enforcement, and questionable legality, there are a few points of contention with Netflix’s banning of VPN users.

The first is the battle for geo controlled content. Netflix has different agreements with different countries and content providers. This means that the programs and movies that are available on Netflix, vary from country to country. You won’t see the content provided by US Netflix if you are a subscriber in London or vice versa.

This brings up the question of what content a traveling Netflix user has the right to access. You could argue that they could only access their home country’s catalogue but how do they do that without providing a US IP address? You could also give them access to whatever country they are visiting’s Netflix catalogue but then they would be gaining access to other content which was the argument against VPNs in the first place!

A real problem for Netflix is understanding which users are taking advantage of the VPN to access content they don’t have a right to and which customers merely use a VPN to access their entirely legal and paid for account. While Neflix has tried to assure users that non VPN or proxy using subscribers will not be affected, they can’t know for sure. The last thing Netflix needs for it’s public relations image is a a lawsuit from a group of non VPN users who were accidentally banned due to misidentification.

Another point of contention is about identification. While it is easy for Netflix to identify and ban known VPN Ip addresses, it’s even easier for the VPN services to get new IP addresses. Given the way that VPNs operate and the options available for identifying and banning the IP addresses, the VPN services will win a continually escalating race of cat and mouse.

Netflix executives have admitted as much, recently admitting that there are no guaranteed ways to discover or ban IPs.

Because of those two points many including most VPN companies believed that Netflix was just posturing. Netflix encouraged this image by publicly proclaiming that it would take a few to implement.

However on or around January 22nd, Australian VPN service Uflix reported it’s customers being blocked from using Netflix.

The Uflix users were greeted with a message that said:

You seem to be using an unblocker or proxy. Please turn off any of these services and try again.

The first shot had been fired in Netflix’s ban of VPN services. Now the question is, does Netflix actually plan to try to enforce the VPN ban, or are they just doing what they can do to appease their new business partners around the world?

The fact that a smaller and more local service like Uflix was banned first, suggest that Netflix is simply identifying and blocking any IP addresses that are known to be associated with VPN companies. This is the easiest and most simple route for Netflix to go and shows us that if they do have any proprietary or government grade tracking software, they’re not showing it off yet.

It also tells us that Netflix is going to actually offer some follow through on it’s threats.

As I’ve written before, even if Netflix decides to go all in and successfully banned all VPN users, it would be a matter of days before the VPN services got new unknown IP addresses and servers that would evade detection.

Then if Netflix were to identify and ban those VPN servers, the VPN services would just move again, and again and again.

In the end the bannings in Australia only show us that Netflix is acting sooner rather than later and that they will be using regional enforcement.

It’s still not time to panic about Netflix if you’re a VPN user, but it is definitely something to keep an eye on!

In other news related to the ban on VPN use, is the announcement from Netflix on January 27th that US military bases will be exempt from the ban on VPNs around the world.

Netflix always exempts U.S. military bases around the world. They will still be able to access the U.S. catalog

This announcement comes about a week after the news about Uflix users getting banned, and about two weeks after the VPN ban was announced.

Netflix is clearly trying to identify the users who need to use a VPN and get good press where it can giving soldiers VPN access.

You could also argue that they just created the precedent necessary to overturn their VPN ban if it ever does go to court.

But if you’re not on a military base and you still want to use your VPN you should still be fine using Netflix wherever you want!