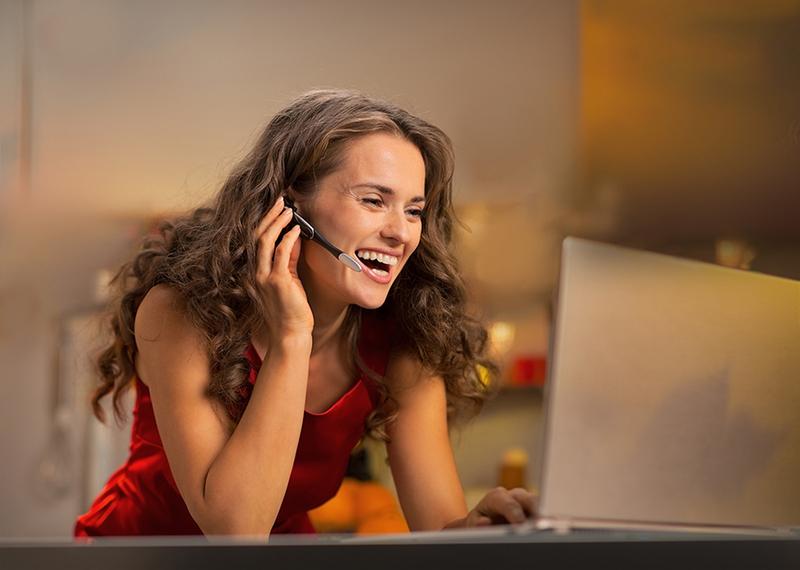 There's a good chance you've already used Voice over Internet Protocol (VoIP), even if you've never heard of it before. But have you heard of Skype? I'm guessing you have. Skype is currently the most well-known VoIP app, although other social media platforms are also using VoIP for their messaging apps. Facebook, for example, introduced VoIP into Facebook Messenger in April, 2014, and now estimates that 10% of all global VoIP calls are done via Messenger. That's one hell of a lot of calls, which is problematic because VoIP comes with some security risks. In fact, I'd say you should only use VoIP without also using VPN if you're into the idea of someone potentially listening to your calls, and, in the case of Skype or Messenger, watching your video feed as well.

VoIP is technology that allows delivery of voice and multimedia content over any network that uses Internet protocol. VoIP is most commonly used to connect phone calls and video chats through the open Internet instead of using the phone network. The main advantage of this is cost. It's a lot cheaper to make calls over Internet infrastructure than having to pay the taxes and tariffs imposed by giant telecom companies, which is why your phone bill is so expensive.

Lots of private phone networks for business also use VoIP because they can run their internal calls over the same network their computers use. This is cost-effective for medium to large sized companies (banks, for example) that may have hundreds or even thousands of company phone numbers.

The Downside of VoIP

VoIP's main downside is that, while it IS cost-effective, VoIP content moving over the public Internet is not as secure as when traveling through the private networks of phone companies. Since it's using the same routers, wires, optic cables, satellites, and communications protocol that all other Internet content also uses, your Skype video chat with your girl or boyfriend is about as secure as the video you just watched on CNN. Which is to say, not very. It's one thing if someone eavesdropping on your Internet connection sees you're watching news clips. It's another thing entirely when they listen to/watch a private conversation with your significant other. All the Internet content you consume is potentially sensitive, but some of it is REALLY sensitive.

Because VoIP data on the Internet is treated like any other, VoIP comes with some important security risks. Please note these do not apply to VoIP inside private networks, which are more easily secured than the Internet itself. Also, this is by no means a comprehensive list of potential risks.

1) Eavesdropping – According to the Canadian government, tapping and recording VoIP calls on the Internet is “shockingly easy,” although they claim most VoIP tapping is done for the purpose of corporate espionage. That may be true, but intimate personal content also gives hackers a huge thrill, which is why it's a juicy target. Case in point is the 2014 celebrity photo hack, aka “The Fappening.” While this hack did not involve VoIP, I mention it because huge amounts of very private, VERY intimate data moves over VoIP every single day.

2) Skype may not be fully secure – Skype claims that all Skype-to Skype calls are encrypted, but also says parts of Skype-to-mobile and Skype-to-landline calls are not. Others claim the overall encryption scenario with Skype is murky, despite what Skype says about it.

3) Viruses and malware – Like any other client software, VoIP apps like Skype and Messenger also make computers and phones more vulnerable to malware infection. Malware in turn can make anything stored on your devices easier to exploit, as I've mentioned in some of my other articles.

The main way VPN helps secure your VoIP calls is through VPN's heavy encryption. None of your VoIP data can be tapped, hacked, or otherwise exploited by a third party as long as it's also running over VPN. Notice that I said “your VoIP data.” Just because you're using VPN does not make the data of anyone else on the VoIP call secure. Securing their data is up to them; your VPN only protects you. This is important to keep in mind while making VoIP calls.

While VoIP apps like Skype and Messenger MAY have sufficient security built into them, you're taking a risk if you use them without also using VPN. Someone could potentially be listening to your calls, and you'd never even know it.