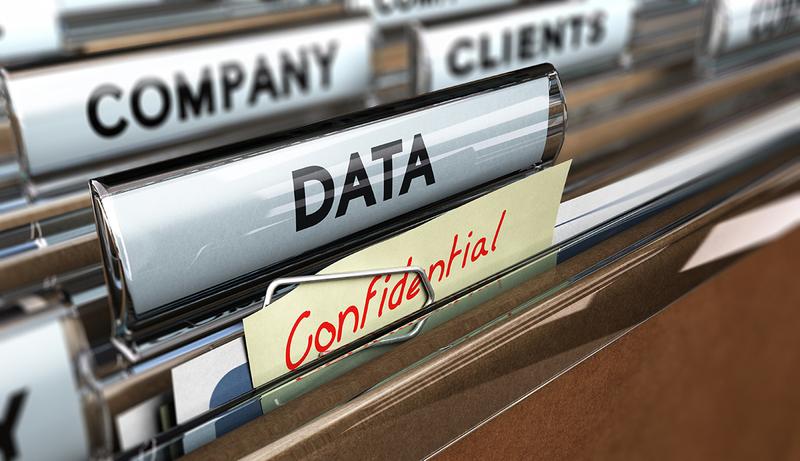 I'm sure you've at least heard about data privacy issues by now, unless you live under a rock. And if you DO live under a rock, you may actually be safer there than out here in the modern digital age. That's because of the non-stop collection of something called metadata. Don't feel bad if you don't know what metadata is. You're hardly alone. But, collection of your metadata makes you a disturbingly easy target for criminals, identity thieves, police, financial institutions, and medical providers. And your metadata is collected every single day. In fact, you often give permission for data collection without even realizing it.

Metadata is information that's used to describe the characteristics of other information. It was first used in library card catalogs for structuring information about books. Author, title, subject, and date published are all early examples of metadata. Metadata makes it possible to locate specific information (like a book) within a larger data system. It's also used by every computer system on earth; computers literally would not exist without metadata. There would be no way to categorize and access all the different types of data required.

It's one thing to use metadata for running computers. It actually sounds pretty innocuous as I've described it so far, doesn't it? But you, personally, also have metadata – tons of it, even if you've never touched a computer in your life. And the collation of lots of seemingly innocent little pieces of your information lets anyone with access and the right software build a disturbingly accurate profile of your life. A 2014 annual report by the data brokerage company Acxiom (one of the many entities collecting your metadata) states that their databases contain “over 3,000 propensities for nearly every U.S. consumer.” That means they claim to have 3,000 separate pieces of metadata on nearly every person in the United States. They also claim to possess “multi-sourced insight into approximately 700 million consumers worldwide.”

What Metadata is Collected About You?

The non-stop collection of your metadata includes:

• Where you are: Google alone updates your mobile phone's location every 45 seconds.

• What you're browsing: Every single webpage you look at is tied to your computer's IP address, along with the date and time you looked at it.

• Everything you buy, on or offline: Every purchase you make, of anything, anywhere, is recorded. Online purchases generally include your address and credit card number or PayPal account. Offline buys capture your credit card number, which is tied to your address. Even cash purchases are time stamped and can easily be collated with video surveillance and your phone's location to tie them to you.

• Every phone call you make: Even if the actual contents of your phone calls aren't recorded (but they likely are), meta records ABOUT your phone calls are definitely stored. These records include – among other things – date and time of all calls made and received, all the numbers you call and get calls from, and the your location during calls.

• Everything you do on social media: This includes likes, tweets, who you chat with, and what your login patterns are.

Why Is Your Metadata Being Collected Non-Stop?

Your metadata is ostensibly collected to target you for advertisements, something it does very well. Any company that knows every page you've looked at, everything you've ever bought, liked, clicked on, all your calls and chats, plus your location when you did so can predict with disturbing accuracy what you're likely interested in buying. Ads are then shown to you that match your metadata profile. And the business of showing ads is a worldwide, multi-billion dollar industry. Facebook alone made over $17 billion in ad revenue last year. And that's just one company.

There's a much darker side to metadata though. Once it has been stored, your metadata is packaged with millions of other people's records and sold to the highest bidder. This is known as data brokering. Some claim that the data brokering industry operates as a de facto black market because the information can be purchased by almost anyone. That includes legitimate advertisers or criminals buying your information for the purposes of fraud. Laws that supposedly regulate data brokers are either non-existent or not enforced. The data brokering industry in the U.S. wields considerable political influence through their lobbying efforts. Which means that there essentially is no regulation.

The supposedly legit reason your metadata is

This article is about how seemingly innocuous data collected about you via public wifi connections you “agree” to can be used to build a very accurate personal profile. This includes illness, pregnancy, diseases, addictions, wealth and poverty, mental illness, recreation, and personality type.

Information on a consented public connection is, in a way, more dangerous than than just purely open wifi, because:

• Agreeing to the connection gives you a false sense of security

• You're still just as vulnerable to hackers

The data brokerage market is used by advertisers, criminals, politicians, financial institutions, ect. The lines are often blurred, and the data brokerage business essentially operates as a black market. VPN can reduce your online vulnerabilities, but there are many many other ways your data is being collected.

Intro: They know you very well, much better than you think.

• Talk about profile building, data modeling, and how they know you better than your friends and family.

• There are up to 3K metrics for every US consumer

• Criminals don't have to steal your data, they can often simply buy it

• Talk a little about data brokering

• It anonymizes your activities.

• It hides your location

• It shields what you're looking at

• It's not total protection, but much better than nothing.

• However, your activities could still be pieced together.

Conclusion: Be aware of just how much is known about you, and how easily your data can be bought and sold.