Shut Down Shady Phone Fraud Scams With These 3 Shrewd Tricks 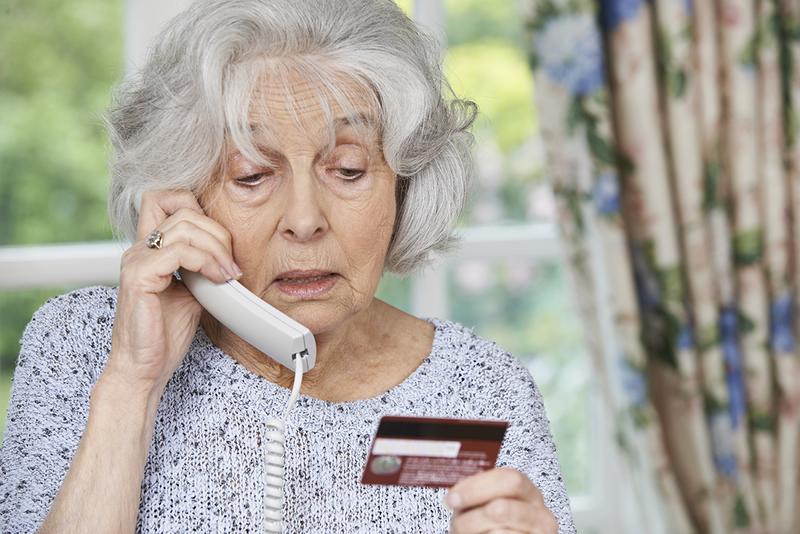 Here at Secure VPN, we talk a lot about the threats posed by online fraud. VPN technology is a great way to reduce your vulnerability to it. But lots of fraud – including identity theft – actually occurs offline, away from your computer. And a great deal of fraud happens via the telephone, because shady phone fraud scams are on the rise. As much as 30% of all identity fraud crimes begin on the phone. Most shady phone fraud scams have one thing in common: get sensitive pieces of your personal data and use them to steal your money.

Unfortunately, fraud goes far beyond cyberspace. Online technology like VPN is not enough by itself to protect you. Let's look at some of the most common types of shady phone fraud scams and how you can shut them down with only 3 shrewd tricks.

• The tax collector scam – Also known as the IRS scam, this type of shady phone fraud has cost U.S. taxpayers about $23 million since 2013. Here's how the scam works: Someone calls you claiming to be from either the Internal Revenue Service or the Attorney General's Office. They say they're calling because you have a past due tax balance that must be paid immediately, or they'll send federal officers to your home to arrest you. The scammer will often use caller ID spoofing so that your caller ID says “Internal Revenue Service.” They may also ask you for personal information like your Social Security number so they can steal your identity and commit further fraud using your name.

• The grandparent scam – This scam is one of many used to prey on the elderly. Elderly people are specifically targeted by scammers because older people are often confused and thus easier to manipulate. Elderly folks are also more likely to have money. The grandparent scam begins with an “emergency” phone call that comes late at night or early in the morning. The caller claims to be your grandchild who's traveling in another country. Your real grandchild may actually BE traveling in another country, something the caller could have gleaned from your social media accounts, along with your relative's name. Then the caller will beg you to send them money to help bail them out of some bogus situation. These “emergencies” run the gamut from bail money to get them out of prison to unforeseen medical expenses. The scammer will then ask you not to tell their parents about the phone call, and implore you to please just wire the money ASAP.

• The lottery scam – This scam uses greed instead of fear to motivate its victims into coughing up their money. You get a call saying you've won a lottery in a foreign country. The call may come from an actual person or from auto dialer software that plays a pre-recorded message. As the 'winner' of the lottery, the caller will request that you mail a check or wire money in order to cover fees for things like taxes or delivery charges. They may also ask for your bank account information so they can deposit your “winnings” directly into your account. There are, of course, no actual winnings. The caller only wants access to your account so they can steal from you. Remember that legitimate lottery contests will never ask you for money upfront or for your banking information.

• The warrant scam – In this shady phone fraud scam, the caller pretends to be a law enforcement official and claims the police are about to arrest you on an outstanding warrant unless you immediately pay a fine. The “outstanding warrant” for your arrest can be for anything from a DUI to failure to report for jury duty. Various permutations of the warrant phone fraud scam have been around for years. A United States prison in Georgia was recently busted running a version of the warrant scam using smuggled cell phones.

• The charity scam – I personally find charity scams to be one of the most disgusting forms of fraud out there. That's because a charity scam preys on your altruism and empathy towards your fellow man. A charity scammer will call and ask you to support the fund-raising efforts of their charity by making a donation. The only problem is, their charity doesn't actually exist. The only donation you'd make is directly into the scammer's pockets. Charity scammers will frequently call requesting “donations” for local police or fire departments, although 4 bogus U.S. cancer charities also bilked victims out of $187 million before getting shut down by state and federal authorities in 2015.

1) Don't overreact – Effectively shutting down shady phone fraud scams is largely a matter of keeping your emotions in check so that you don't react too quickly. Scammers want to rattle your emotions, like fear or greed, to keep you off balance. Always remember that when strangers call you asking for money, there's a good chance it's a scam. This is especially true if they want you to pay immediately, or if they offer you money or prizes that seem too good to be true. Don't forget that when something seems too good to be true, it usually is.

2) Look for the signs of a scam – Shady phone fraud usually comes with telltale signs of a scam. You just need to know what to look for. The signs of a scam include threats that something terrible will happen to you or your family if you don't pay, the desire for immediate payment, and warnings about keeping the conversation private. Be especially suspicious if the caller requires your bank information, or if they request payment via anonymous means like money grams or money cards.

3) Ask questions – Always ask questions about why the caller needs the money. Make sure to get the name of the organization they claim to represent. If they're asking you for money for a local charity, hang up and call the charity yourself. See if they really are conducting a fund-raising event. Ask the caller for their name, and verify that name with the charity. Ask callers where they're located. Ask for an address and write it down. Ask for a callback number. Ask for their email address. Ask them to call back after you've had time to think about their request. Questions are like shark repellent for scammers. A lot of them will simply give up and move to an easier target.

It's sad that we live in a world where so many individuals are more than willing to engage in this kind of predatory behavior just to manipulate money out of innocent people. But, shady phone fraud scams are simply a thing we all have to deal with now. Shut them down hard when they call your number. If you can't do it for your own good, at least do it for the overall good of humanity.