Is Netflix Finally Cracking Down on VPNs 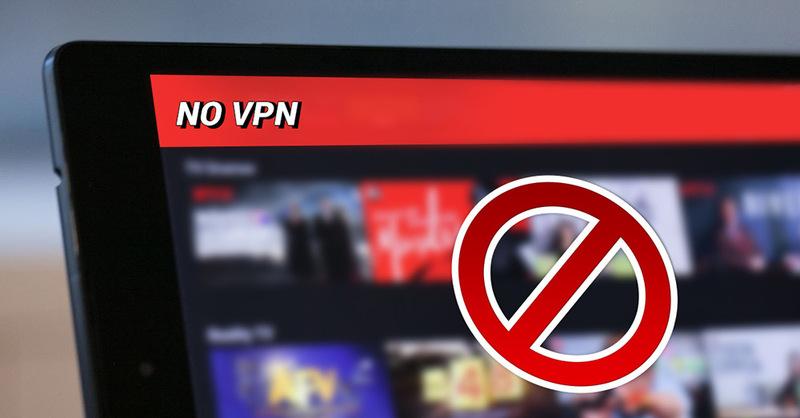 The global streaming video service Netflix may finally be cracking down on its customers that use VPNs to circumvent content restrictions within their country. Netflix claims their service is currently available in over 190 countries around the world, and that they have a total of 75 million global customers. They are one of the largest streaming content providers on earth, although Hulu and Amazon Prime also offer some of the same content.

Amazon Prime and Hulu's main advantage over Netflix is that they tend to offer access to new television shows faster than Netflix does. Hulu, for example, offers some television episodes within days of their initial broadcast, whereas the same content can take months to appear on Netflix. However, one study found that Netflix offers 70% of all top 10 Nielsen-rated TV shows, and 63% of all possible seasons of those shows. Hulu also offers 70% of all top-rated shows, but has less than half of Netflix's season availability. This makes Netflix the binge-watching champion over the other two services. If you want to spend a weekend catching up on your favorite TV programs, there's a good chance Netflix has it, AND that they have every season of it.

The problem is, all of Netflix's huge library is not available in all countries. The United States has the largest content library of all, so naturally, Netflix subscribers outside America want access to content from the United States because it offers them the most choice and flexibility. And that, unfortunately, is the reason for Netflix's controversial VPN crackdown.

Why Would Netflix Crack Down on VPNs?

This is an interesting question. Netflix went into business in 1997, and operated strictly as a subscription DVD rental service for a decade – essentially, a United States video rental store that operated nation-wide via the mail. They didn't roll out their video streaming service until 2007. I don't know how many of you still rent DVDs. It's a dying industry; more and more people are turning to subscription-based streaming services, not only because they're more convenient, but also because it's a lot cheaper in the long run.

Even though I have Netflix, I still rent a fair amount of DVDs. Netflix is great for watching TV shows, but I've found their movie selection to be quite limited. Most of the movies I want to watch are either not on Netflix at all, or only appear months after they're already available at the rental store. Plus, some of it is just because I'm old-school. I've been renting movies since the 80s, and I still enjoy the process of driving down to my local rental store to browse the isles for something I've haven't seen yet. It's pleasurable for me, the same way going to the library is pleasurable for other people, even though I personally HATE libraries. But, to each their own.

If you also still rent DVDs, I'm sure you've seen the anti-piracy warning at the beginning of new releases these days. The U.S.'s Federal Bureau of Investigation (FBI) offered its anti-piracy seal for use by American intellectual copyright holders in August, 2012. Since then, there's been a dramatic rise in copyright violation enforcement, not only in the United States, but in other countries like China and Australia that illegally distribute American content. Intellectual copyright laws help Hollywood control the distribution, sales, and licensing of its music, TV shows, and movies. Copyright laws are all about maximizing profits, which is why Hollywood movie studios have also pushed for crackdowns on torrent sites like the Pirate Bay, which got busted on piracy charges by Swedish authorities in 2014.

And this is the reason Netflix may be finally cracking down on VPN users, because it's getting pressure from Hollywood to limit its content to the countries where said content can legally be viewed. What's interesting is that Netflix has tolerated its subscribers that use VPNs until very recently. Some speculate that Netflix itself does not actually care much about VPNs, since their ultimate goal is to distribute all their content to their entire global user base anyway. It's possible that Netflix's recent announcement of a VPN crackdown is really only a halfhearted attempt to appease its various content providers that their copyright licensing agreements are being respected

How Effective Will Netflix's VPN Crackdown Actually Be?

In the long run, the Netflix VPN crackdown will likely prove to be an exercise in futility. There are several strong arguments for this outcome, including the following:

• Netflix user backlash – Netflix subscribers all over the world who use VPNs are already angry about the crackdown. This includes American subscribers who travel for business and feel they should be allowed access to the United States content library even while not in the U.S. This places Netflix in the unenviable position of trying to keep its customers happy while also needing to stay on the good side of its content providers.

• Backlash from VPN service providers – VPNs service providers themselves are threatened by the crackdown because many of their customers use their services primarily for accessing Netflix. This practically guarantees a technological arms race between VPNs and Netflix, one that VPNs will likely win via workarounds like adding more IP addresses to their server exit nodes. Australian content unblocker service uFlix announced some of its users were getting blocked by Netflix, only to release a workaround patch for the problem a few days later. There's only one Netflix, but there are THOUSANDS of VPN providers. That's why the odds in this fight are in their favor.

• Netflix probably knows its crackdown is doomed – The tepid language of Netflix's VPN crackdown announcement indicates it's not really into the whole idea to begin with. The announcement is likely being made because of pressure from its various content providers, yet Netflix itself may do little to actually enforce the crackdown. In a statement made shortly before the crackdown announcement, Netflix claimed it was NOT going to crack down on VPNs. It seems pretty clear that Netflix is, at best, conflicted about this issue.

The Netflix VPN crackdown will likely be either short-lived or ineffective. They already want to push all their content out to subscribers in all countries, and are driving towards that goal with their various licensing agreements. The only thing that remains to be seen is how long it will take to finally achieve a global presence for their entire content library.