Internets Public Enemy 1 Forced To Use VPN In Public Presentation 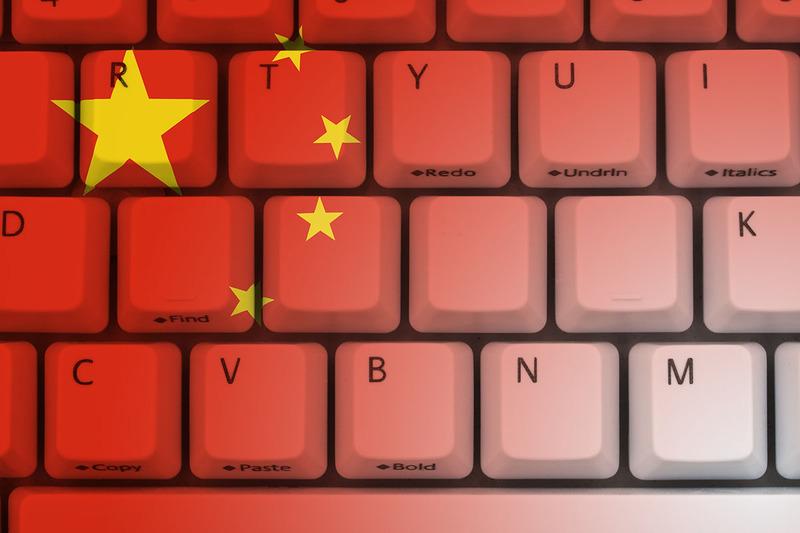 VPN services were in the news this week, as the architect of China’s “Great Firewall” Fang Binxing was forced to use a VPN to navigate past his own creation. In this article we’ll look at who exactly Binxing is and why this was such a big deal.

China is the unquestioned World leader in Internet censorship. In addition to restricting access to certain websites such as Twitter and Facebook, it also filters Google results and anything that reflects poorly on the current government. The most well known tool used by China in its fight against the free Internet is what’s known as “The Great Firewall.”

Besides it’s ironic title, thought to have been coined by Wired magazine way back in 1997 the term “The Great Firewall” has even been used by the Chinese media itself to refer to the legislation and projects used by the Chinese government (backed by The Communist Party Of China) to regulate the Internet. In addition to restricting the access to certain kinds of websites The Chinese Communist Party has gone so far as to criminalize certain types of online activities and speech as well as filtering search results and more.

While China’s censorship is obvious to anyone looking at it, the country continues to insist that the firewall exists to help it remain isolationist and not to control the Chinese people.

The creator of “The Great Firewall” is Fang Binxing, dubbed “Father of China’s Great Firewall.” Fang began working on the development of the filtering and blocking technology when he joined the National Computer Network Emergency Response Technical Team / Coordination Center of China in 1999 and ascended to the position of chief engineer and director a year later. Officially Fang and the Chinese government refer to the firewall as the “Golden Shield.” Which is a great rebranding effort but fails to identify why social media sites that would allow people to speak out against the government are blocked. As the “father” of the firewall, Fang has become it’s de facto defender at various times saying that web censorship is “a common phenomenon around the world.” And explaining that web censorship is a “natural reaction to something newborn and unknown. He has even gone so far as to accuse Google of censorship by using Lumen (formerly Chilling Effects).

Fang is not well liked and is often referred to as the Internet’s Public Enemy # 1 due to his efforts to censor the internet in China using “The Great Firewall.”

Fang is most well known for an incident in 2011 when he had a shoe thrown at him during a lecture he was giving by a Huazhong University of Science and Technology student calling herself “hanjunyi.” After the incident “hanjunyi” has become something of a cult hero to the Chinese blogosphere resulting in tons of offers of everything from sex to admission to Hong Kong Disneyland. For the record the shoe did hit Binxing in the chest.

Another incident, which illustrates the low regard in which Binxing is held online, occurred when he announced his retirement as dean of Beijing Telecommunications University due to health reasons. This announcement was met immediately with users flocking to the Chinese equivalent of Twitter Weibo in order to cheer on his illness.

Due to “The Great Firewall” China is also home to the largest population of VPN users in the world and China has aggressively pursued cracking down on various VPN providers in order to make sure that the firewall is effective.

This brings us to April 3rd where when giving a presentation at his alma mater, the Harbin Institute Technology, Fang attempted to access a blocked website hosted in South Korea in order to emphasize a point in his speech. Those in attendance noted that Fang’s speech immediately began to deteriorate from what was supposed to be an impassioned defense of his proudest creation to an effective illustration of why the great firewall is a terrible idea.

Things went from bad to worse when Fang unable to continue his speech without the websites he needed, decided to use a VPN to access the sites in order to continue. This is the cyber equivalent of a police officer deciding to use cocaine in the middle of a speech on the need to clean up the illicit drug trade. Fang has long rallied against the use of VPNs and sought to eliminate them as much as possible in China, yet when push came to shove he was forced to use the very same technology he abhors.

Because of “The Great Firewall” VPN service in China is often spotty and has longer loading and connection times. Unfortunately for Binxing the problems continued with him losing his Internet connection twice during the presentation while trying to access Facebook and Google. In the end Fang was forced to give up and use Baidu to find a screenshot of the Google homepage.

While the incident is embarrassing now especially given Fang’s previous stances on VPN services, it was apparently embarrassing at the time as well as Binxing ended up skipping a scheduled Q and A sessions so as not to have to publicly discuss the incident. However before leaving, Fang apparently did not think the night was ironic or hypocritical enough so he decided to implore all of those attending the presentation to do as he says rather than as he did when it comes to VPN use. A stance made even more ridiculous seeing as he needed VPN service to complete his presentation and the service was slowed down by his creation.

While not a huge deal overall, Binxing’s public use of a VPN strikes a blow for those living in China under the blanket of Internet censorship. When Binxing resorted to using a VPN service he essentially admitted that in order to access the Internet normally in order to do every day things like make presentations you have to find a way around “The Great Firewall.” While not being the same as the Chinese Communist Party admitting that they are committing censorship it is another of the strikes against censorship that will eventually lead to a downfall of censorship and free use of technology such as VPN services.