7 Quotes About Internet Security That Will Make You Thankful You Have VPN Service! 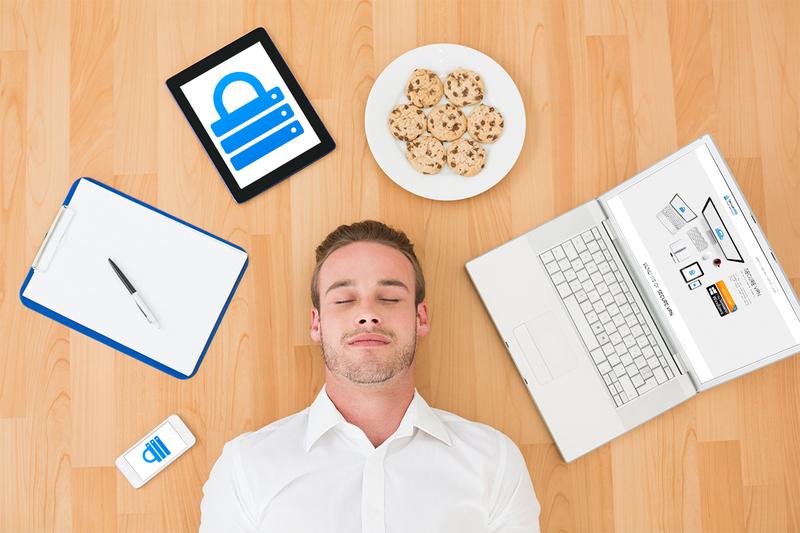 I was sitting around watching Comedy Central yesterday when I came across that old episode of “The Chapelle Show” about how gross the Internet would be if it were a real place, like a mall or something.

The point of the sketch is that because the Internet occurs on our computer and is virtual, we forget about all the shady customers lurking around and cyber criminals out to separate you from your money.

Using a VPN is one of the easiest and safest ways to protect yourself online. Services like Securevpn.com and others keep your information from being tracked and make it harder for marketers and cyber criminals to take advantage of you.

In order to really drive home the dangers of the Internet and the need for protection when using it, I picked some of my favorite quotes about Internet security from around the web!

7 Quotes About Internet Security That Will Make You Thankful You Have VPN Service!

“I think computer viruses should count as life. I think it says something about human nature that the only form of life we have created so far is purely destructive. We’ve created life in our own image.”

In our first quote the great Stephen Hawking, discusses computer viruses. Computer Viruses are man made and do exist to do nothing but do harm unto others.

“Hoaxes use weaknesses in human behavior to ensure they are replicated and distributed. In other words, hoaxes prey on the Human Operating System.”

Stewart Kirkpatrick a digital strategist, has a great quote about how we get tricked online.

Something to understand about Internet criminals and con men is that they use the way you think against you. They prey on the fact that you didn’t think about using a VPN every time you go online or clicking on a banner on Facebook from a friend you’ve never met.

“The only truly secure system is one that is powered off, cast in a block of concrete and sealed in a lead-lined room with armed guards.”

Gene Spafford a Purdue University Professor and leading computer security expert, reminds us that we will never have a 100% secure system. The key to understanding and enacting comprehensive Internet security is in covering the bases and doing enough to make it difficult to hack you. Hackers generally look for the easiest marks so the more you protect yourself, the more likely they are to move on to someone easier to hack.

“Passwords are like underwear: you don’t let people see it, you should change it very often, and you shouldn’t share it with strangers.”

Chris Pirillo the founder and ceo of Lockergnome as well as a host on Tech TV, makes an easy to understand analogy about proper password protection. Over a third of computer owners use “password” as their password. You must pick a complex password, keep it secret and change it often. This alone is enough to deter most hackers when combined with a VPN service.

“..while it's illegal to use Brad Pitt's image to sell a watch without his permission, Facebook is free to use your name to sell one to your friends.”

Eli Pariser, author of The Filter Bubble: What the Internet is Hiding From You, brings up a great point in the ongoing battle over data mining and selling done by almost every major website you visit from Amazon to Google to Facebook. You need to be careful about what you put online about yourself as that information is being analyzed, stored and sold! A key benefit of a VPN is it makes it hard for google and other sites to track you and store your information to sell.

“Even though we don't know which companies the NSA has compromised – or by what means – knowing that they could have compromised any of them is enough to make us mistrustful of all of them. This is going to make it hard for large companies like Google and Microsoft to get back the trust they lost. Even if they succeed in limiting government surveillance. Even if they succeed in improving their own internal security. The best they'll be able to say is: We have secured ourselves from the NSA, except for the parts that we either don't know about or can't talk about.”

Bruce Schneier is the author of several book on security topics, and computer security as well as a fellow at Harvard Law.

In this quote, Schneier explains the inherent problem with the fact that so much of your data is stored online. That data can be used by law enforcement, the NSA and others to violate your right to privacy without a warrant or just cause. Schneier’s point is really in his conclusion that even if government surveillance is limited we’ll never really be sure of how limited it is or how much companies know about!

I wanted to end on this quote by Jeffrey Rosen, often referred to as “The nation’s most widely read on legal affairs.”

The same way that you do not have to speak to an officer when questioned or arrested without an attorney present, is the same way you should feel about your internet security rights!

If you don’t care enough about your privacy and the security of you and your family’s information, then you do not deserve to have privacy.

Privacy is a privilege, not a right online, it’s up to you to make sure that you make the most of that privilege by protecting yourself by taking security measures like updating passwords, using a VPN service, and updating your computer’s software often!