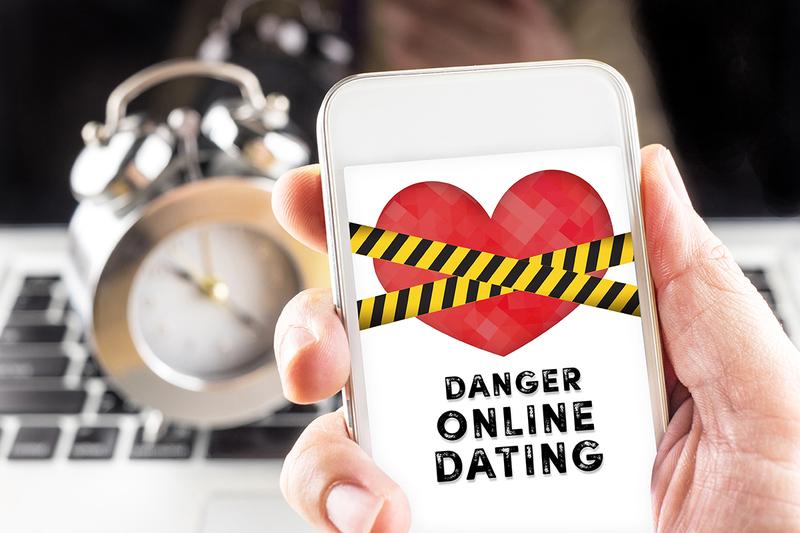 A former friend of mine was targeted by a love scam a few years back. Put simply, love scams are a form of fraud that use “romance” for the single-minded purpose of separating vulnerable, unsuspecting people from their money. As the Merovingian said in The Matrix Revolutions, “It is remarkable how similar the pattern of love is to the pattern of insanity.” How true. It's possible that truer words have never been spoken. When it comes to romance, people will do things that are just flat out unbelievable. Like my former friend. On two separate occasions, he sent thousands of dollars to “women” he'd met on Facebook. Needless to say, he never heard from either one again, and never got his money back. That's why he's my former friend. I'm truly frightened by anyone who's that insanely gullible.

Unfortunately, millions of victims fall prey to love scams every year. Approximately 10% of all financial fraud loss in 2013 was due to love scams, and love scams are occurring about 20 times more frequently now than in 2008. And keep in mind these numbers represent only the cases that were actually reported. Many victims never report the fraud due to guilt, shame, and, in some cases, fear of reprisals from the scam's perpetrators.

How Does a Love Scam Work?

Most love scammers choose their victims on social media and/or dating websites. Facebook, Twitter, Snapchat, and Instagram are crawling with them. All the major dating websites, especially free ones like PlentyofFish and OKCupid, also have large numbers of fake users who aren't there for romance. 70% of their targets are women over 40, especially if they're divorced, widowed, or disabled.

Most scammers are located overseas, although they will almost always claim to be from a Western country. They'll say they are American, or Australian, or British and are either traveling or working abroad. Their victims are often English speakers, but the scammer is usually from a poor country where English is not the native language. As a result, they may have poor English skills and use odd phrases that don't make much sense. They will contact you first, and try to quickly move the relationship in the direction of intimacy. They will likely profess deep feelings of love for you very soon. They'll immediately try to move the conversation off of social media or a dating site and onto private chat or email. This is so there is no record of further conversations.

They will then ask you for money. They may do it right away, or they may wait weeks or even months before asking. How long it takes them to ask depends upon their skill level and how gullible they think you are. Skilled love scammers may wait a long time while deepening their relationship with you. They want to make sure you're really hooked on their attention before springing the trap.

When they DO ask for money, it will likely be for one of the following reasons:

1. They need money to pay for a sick relative's health care, like surgery.

2. They need money for their children.

3. They need money for their education so they can make a better life for themselves and/or said children. You'd never turn down a poor grad student trying to give his kids a better life, would you? I mean, how heartless are you?

4. They need money for airline tickets so they can come visit you in person.

5. They need you to open a bank account for them so they can wire money into for some made up excuse. This form of love scam is likely them using you to help launder dirty money from sources like sex or drug trafficking. Can't you just feel the love?

How Does a VPN Protect You Against Love Scams?

Let's get one thing straight right now: using a VPN won't do a damn thing to protect you from dangerous love scams. VPN is not a silver bullet that automatically keeps you safe against every threat. Even thought you're reading this on a VPN website, staying protected online goes far beyond mere technology. This article is about protecting yourself via good data management and basic common sense.

Speaking of common sense, when someone you've never met asks you for money online, don't ever, EVER send it to them. Even if you've been talking for months and think you're in love, them asking for money (for any reason) should be an instant deal breaker. Don't be like my former friend, who twice wired several thousand dollars to “women” he thought loved him. Think of Nancy Reagan, and just say no.

The 5 Telltale Warning Signs of a Dangerous Love Scam

1. The scammer approaches you first on social media or a dating website. You have no idea who they are, but they'll start smooth-talking you immediately.

2. Their writing may have broken English, poor grammar, and odd phrasing.

3. They'll have an attractive profile picture in order to reel you in. Do a reverse image search on their picture to see if they've used it on other sites. Use https://images.google.com or https://www.tineye.com.

4. They'll profess strong feelings of love and attraction toward you very quickly.

5. They'll pressure you to move the conversation to email or a chat app. This is to isolate you and make it more difficult to produce a record of your conversations.

1. Let's start with the obvious. Do not send money to strangers on the Internet, EVER. It doesn't matter what they've said to you. If they're asking for money, you're getting scammed. Just. Don't. Do. It.

2. Do not open bank accounts for people. This twist on the love scam involves stealing your good name and credit rating so money can be laundered through a clean bank account. The money is usually from highly unsavory sources like theft, drugs, or sex trafficking. By the way, aiding and abetting illegal money laundering, even inadvertently, is a serious crime in most countries.

3. Don't forward packages for people. Love scammers will sometimes use your relationship to get you to forward packages for them. This is called a reshipping scam, which is used as a way to smuggle stolen goods out of their country. Aiding in the shipment of stolen property is a felony in the United States. I highly doubt it's looked upon favorably anywhere else in the world either.

Love scams are a real thing these days. They can end in destitution and an overall ruined life. But protecting yourself is pretty easy once you know what to look for. Keep your eyes open for the telltale signs of a dangerous love scam to keep from getting involved. Just remember: don't send money to strangers you meet on the Internet. Ever.