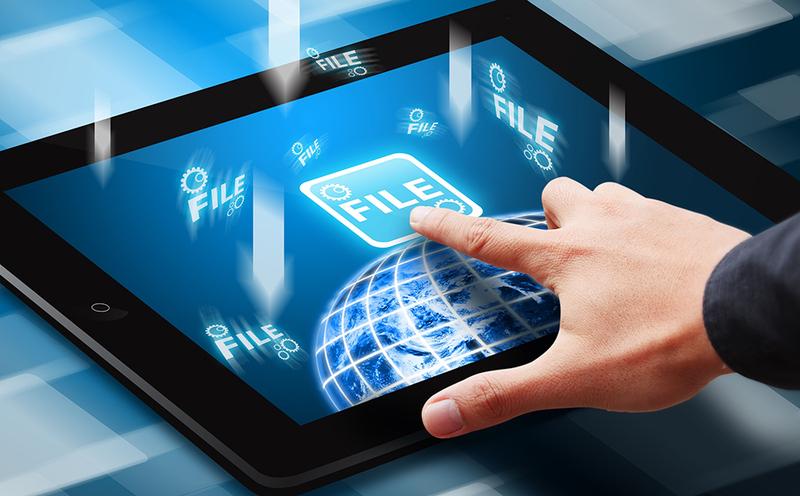 Peer-to-peer (P2P) file sharing using bitTorrent technology exploded across the Internet after Metallica sued Napster for copyright violations in 2000. And you may assume that because you're downloading your favorite movies, music, and software using qTorrent or Deluge, you're safe from copyright persecution and other file sharing risks. I'm afraid I've got some bad news: if you think this way, you're basically just asking for it.

P2P file sharing comes with some HUGE risks, not the least of which is getting sued by a giant corporation like Adobe for stealing their software. In this article, let's look at some of the frightening ways file sharing could cost you everything – unless you're using a VPN.

How a Copyright Violation Could Have Cost Me Everything

I got busted about a year ago for a file copyright violation. I'd taken an image I'd found on Google Images and used it in a blog post. I didn't think at all before I did it; I just did it. I automatically assumed every blogger on earth did this kind of thing every day, and that there couldn't possibly be any consequences, right? Wrong.

Turns out, the image I'd used belonged to Getty Images, one of the biggest stock photography clearinghouses in the world. Oops! Getty has an overly aggressive and controversial style about enforcing copyright laws pertaining to their images. Their method is to send you a huge bill for using their intellectual property without permission, then issue dire threats of legal action should you fail to comply with their demands. They wanted to charge me $1,600 USD for “stealing” their picture – ONE stupid picture.

I was able to bargain them down to $200 USD, at which point they left me alone. But I still had to pay. If I hadn't, they probably would have sued me, which, with Getty's penalties and the legal fees from defending myself, could have cost me everything I had.

Even though my story doesn't involve bitTorrent, if you're a torrent user, you may not realize you're taking the same risk, along with several others that could end up being even worse.

• P2P gives others access to your computer. – Sharing files involves simultaneously downloading and uploading millions of bytes of data between many computers. That means multiple computers are connected directly to yours, and you could be giving other people direct access to ALL your computer files without knowing it. This is especially true if your P2P software requires you to alter your firewall settings. VPN protects you from this by hiding your IP address and encrypting all your data.

• File sharing comes with big malware risks. – Malicious software can infect your computer in two main ways during file sharing: by being included in the files you're downloading, or by being placed on your computer by someone connected to you via the P2P network. You can also get infected by connecting to other infected computers.

• VPN won't help you if you open a torrent file that has malware inside it. That file's already on your computer. For that, I'd recommend very aggressive anti-virus/anti-malware software. Idon't even use P2P anymore, because I'm tired of downloading a 6GB “movie” only to discover it's full of viruses.

• However, VPN does help keep unscrupulous people from planting malware on your computer while you're on a P2P network. Malware is one of the ways people fall victim to identity theft and other forms of financial fraud.

• You're probably sharing copyrighted material. – I doubt you're using bitTorrent to share pictures of your grandmother with the world. No, my guess is you're downloading movies, video games, music, and cracked software. Most of these are protected by copyright laws in at least one country, so getting them without paying is illegal (don't worry, I won't tell anybody).

• Even though I don't care, lots of other people DO care. And they tend to be rich, powerful people who do annoying things like pass laws. Hollywood in particular has pressured United States law enforcement (including the FBI) to crack down hard on intellectual property right violations. FBI agents sometimes infiltrate P2P networks to catch you copying illegal files. A VPN service like Secure VPN makes it harder for them to isolate your IP address, location, and your data from the other users on your P2P network.

• Your ISP is watching you. – The company you get your Internet connection from – your Internet Service Provider (ISP) – knows a lot about your browsing and downloading habits. Which makes sense, because everything you do online passes through their system. Many ISPs look for clues that you may be using file sharing software. They may even send you a “cease and desist” letter telling you to knock it off or get your service canceled.

• Granted, getting a stern warning from your ISP is not particularly frightening. But, law enforcement can make your ISP give up your name and location, and that is a big deal, especially if they bust you holding illegal material. And you could be prosecuted even if you're totally innocent. You have no idea what's inside a torrent file until you open it. What if, along with a movie and some viruses, someone slipped a few megabytes of child pornography into your torrent download? How would you like to get busted with THAT on your computer?

• A VPN shields you from your ISPs scrutiny, making it harder to rat you out to the authorities. And law enforcement can't track you through your VPN, because most VPNs don't keep records of the activities happening on their network.

My advice is, don't use P2P file sharing at all. I don't think it's worth it. Just the malware problem alone can open you up to horrible fraud, not to mention it can destroy your computer. And the copyright issue is something you really have to take seriously these days. You do NOT want to have to answer an expensive lawsuit; even if you win, the legal fees could cost you everything you have.

If you choose to do file sharing anyway, at least do it from behind a VPN. The small monthly cost of Secure VPN could keep your life from being destroyed in frightening ways due to the risks of P2P file sharing.